Hogs in the Sand: A Gulf War A-10 Pilot's Combat Journal (Paperback)

Backordered - Not In Stock 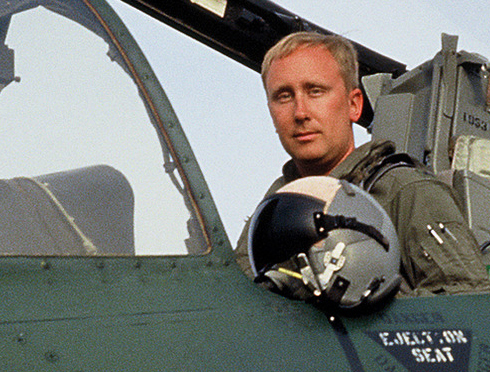 Buck Wyndham’s Hogs in the Sand is a unique memoir of his experiences as a combat pilot of a Fairchild-Republic A-10 Thunderbolt II, or “Warthog” in the First Gulf War. Taken from his combat journal, the work traces his relationship with the Warthog from the time he was eleven years old when he observed them flying off the coast of North Carolina.

His focus on becoming a Warthog pilot led him to the U.S. Air Force where he trained in England and in other European countries preparing for a possible war with the Soviet Union. But when Saddam Hussein invaded Kuwait, the picture changed, and he was sent to a clandestine base in Saudi Arabia. As Saddam refused to leave Kuwait, the air war began, and Wyndham became the combat pilot he had trained to be.

Training, operations, technical features of the A-10, relationships with other personnel, and combat events form the matrix of the work. There are also some exclamatory vignettes of his time there, such as the Saudi pilots dropping their bombs in open desert rather than facing combat or the Iraqi APC painted to look like a non-combatant vehicle. And there is the gruesome tale of the “Highway to Hell,” a two-mile long stretch of cars, trucks, and military vehicles that had been laden with plunder by Iraqis fleeing Kuwait, and destroyed by coalition forces during their escape.

With great attention, he records the effects and meaning his combat experience had.  As he progresses on his assignment, his reflections reveal powerful thrills, feelings of unanticipated satisfaction. He finds elation and bliss in the adrenaline rush of war. He takes pride in his service, and in the magnificent focus it requires. For him, war is an art form. He also finds a deep satisfaction in the reverie of combat, even having anger and sadness in its absence.

But he also has great fears, and a sense of wonderment that he would even be in such a dangerous situation. As he functions dutifully as a pilot in operations, he has frequent stress-related nightmares, and finds dread upon wakening. He develops a nervous tic in his eyelid. Although he is quite aware of the risks he is taking, he continues and eventually becomes torn between pride and shame, between the desire to continue fighting and to stop, to heed both the devil and the angel who sit on his shoulders.

Ultimately, through the sensible rejection (or perhaps embrace) of cognitive dissonance he prevails as he realizes that he is happy with the man he has become, and continues his life as a skilled and formidable pilot.

This unique book is likely to be regarded as a classic work of the military memoir genre.  Buck Wyndham’s relationship with the A-10 is a tale of incredible weaponry and resolute valor, presented in his heartfelt, original, and revelatory voice. We are very happy to have his views on the stress of war, as well as the cause of the war he was a part of.

32nd Avenue Books: What causes the most stress in combat?

Buck Wyndham: For me, the stress of flying combat missions was twofold. First was the obvious fear that this might be the day I didn’t come home. This might be the day that I got unlucky, or it might be a lucky day for Saddam Hussein’s antiaircraft missile crews. Every Gulf War A-10 pilot felt this way, and it affected everyone in different ways. I was lucky that my stress merely manifested itself in nightmares and a twitching eyelid. Other pilots had various physical and emotional responses, and one or two actually had to take a break from it on occasion.

The second thing that caused stress was the fear of screwing up. An A-10 pilot has an enormous responsibility to positively identify targets and coordinate attacks in a way that does not endanger friendly forces, and sometimes there is uncertainty and “fog of war” that can result in confusion. You never want to be “that guy” who launches an errant missile or strafes the good guys.

32nd Avenue Books: You wrote: “What a strange, contradictory experience is combat.”  What can you say about reconciling that contradiction?

Buck Wyndham: Combat is exhilarating and deeply scary at the same time. It’s something no pilot wants to have to do, yet every pilot is proud to do. It’s a horrible human endeavor, yet an honorable one at the same time. Thinking about these contradictions at the time was overwhelming, and we weren’t really able to resolve any of it. But with the passage of time, we all began to accept it as just that – a deeply contradictory experience that humans must undertake from time to time. These days, I just try to focus on the good things we did for our country, and the truly awesome people I got to work and fly with. Sometimes I have a brief twinge of sadness for the unfortunate young Iraqi conscripts who were put up against our unstoppable forces by their foolish leaders. But in general, the passage of time has made me think about the Gulf War as a nearly “perfect war,” if there is such a thing. It was fought for moral purposes, it was quick and decisive, and it had a clearly-defined ending objective. When that objective was met, it ended -- just like that. I wish they could all be like that.

32nd Avenue Books: Why do you think Saddam refused to leave Kuwait?

Buck Wyndham: Saddam was a blowhard and had a massive ego, as many despots and dictators do. He made delusional demands and gave little indication that he understood what a massive military force he was up against. He probably thought that once we suffered some early losses, US public opinion would turn against our own military, and we would pull out in defeat. He had no idea of our resolve. Now he’s a short paragraph in the history books, and he’s gone. And good riddance.

"I am awed by my destructive power. With a small squeeze of the gun trigger under my right index finger, I can rip the turret off a thirty-ton battle tank and throw it 200 feet across the desert, while the rest of the tank burns in an explosion of white-hot, burning phosphorescence. But the cold, morbid reality of it does not exist from where I sit and watch it happen. There's no dramatic chord. No deafening explosion. No screams suddenly stifled. The soundtrack of a pilot's war is mostly silent."
The mighty, iconic A-10 Warthog was first thrust into battle in Operation Desert Storm. The men who took it through walls of flak and surface-to-air missiles to help defeat the world's fourth-largest army were as untested as their airplanes, so they relied on personal determination and the amazing A-10 to accomplish their missions, despite the odds.
Hogs in the Sand is the gripping journey of one of those pilots as he fights an increasingly terrifying war, all the while attempting to win over a woman and keep control of his internal demons. For anyone who has admired the Warthog, seen it in action, or called upon it to be their salvation, this story will fulfill a desire to virtually strap into the cockpit, while gaining unprecedented understanding of the mind of a modern combat pilot.

There are no products in your shopping cart.

END_OF_DOCUMENT_TOKEN_TO_BE_REPLACED

Scroll to the top